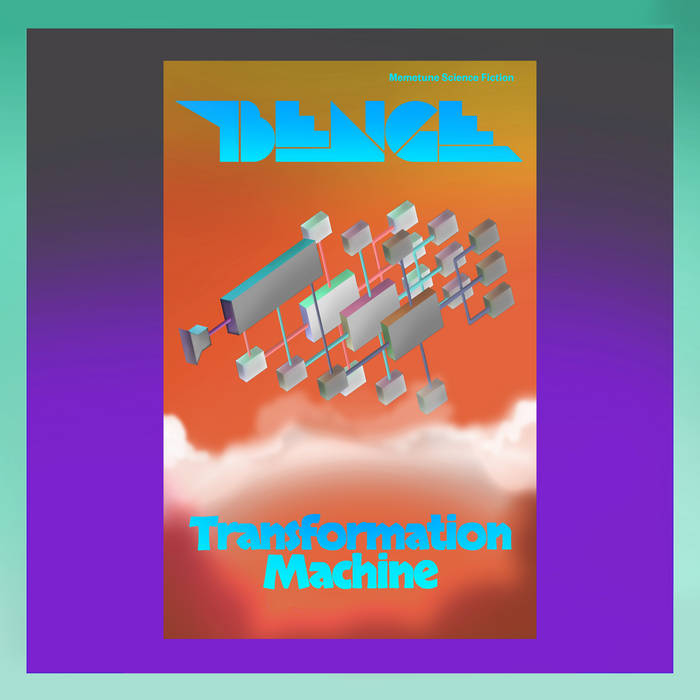 NEIL FELLOWES I cannot get enough of this type of stuff and Benge does it so well. I feel like growing a dodgy beard, wearing a Fair Isle sweater and reading an Open University book on quantum molecular filibustering.

templofan Like lost cues and themes for "The Changes" or "Children Of The Stones" but in a class all its own. Gorgeous.

Taking inspiration from 1970s science fiction TV and film soundtracks by the likes of Malcolm Clarke (Dr Who -The Sea Devils) and Gil Melle (The Andromeda Strain), Benge harneses the power of his trusty EMS synthesisers to compose a suite of musical vignettes fit for an entirely imaginary tele-play. Casting himself out into to a world of crudely designed studio sets depicting faraway civilisations, ancient but highly advanced alien species who all happen to speak english, adrift in a universe of primative electronic bleeps and buzzes, he sets the musical scene for this never-to-be-seen space soap opera. Please take this opprtunity to create, in your own mind, a suitable televisual accompniment to his soundtrack, along whichever lines this electronic musical odyssey takes you

A GALACTIC DEVICE -
A TRANSFORMATION
MACHINE !

The sound of vibration surrounds us, filling the universe with its inharmonious wash. Yet the chaos, which these vibrations so ruthlessly comprise, can on occasion be tamed. If the conditions permit, the vibrations might be formed into those most discrete of aural collisions we call SONICAL NOTES. Varied and strange are the notes. They drift as if motes in the air. Some, but very few, will drift upon the ears of Man, and become interpreted into the music of dance, or song, or any other therapeutic amalgamation. Fewer notes still will drift athwart, beyond the reach of human perception, to finally become recompiled by that unseen and almost always unheard compiler of the wordless song, the TRANSFORMATION MACHINE

THIS ALBUM WAS CREATED ON E.M.S. VCS3 AND
POLYSYNTHI SYNTHESISERS, AND IS PART NINE
OF BENGE’S FORMS SERIES OF WORKS

As with many of my recent solo albums, I sometimes like to set myself certain limitations whilst composing and recording music. This album is no exception and was recorded on vintage equipment which was manufactured by EMS during the 1960s and 1970s

To make this record I used the following:

The pieces of music were constructed using overdubbing (sound-on-sound recording). During mixdown a little analogue reverberation was added on some of the tracks (EMT 140 valve-type plate reverberator)

Written, composed and recorded by Benge
All design and layout Benge
Copyright Memesongs 2020

Featuring interviews with the mighty Hiatus Kaiyote and genre-busting L'Rain.